The Fulweiler Laboratory at Boston University 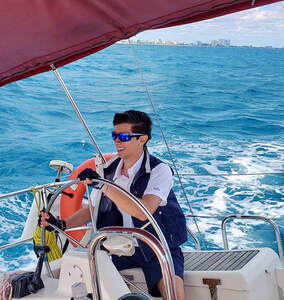 Leonardo Parodi Ambrose is a second year undergraduate student pursuing a B.A. in Marine Science in the College of Arts & Sciences at Boston University. Being a dual-citizenship student born in Rome, and a lifelong sailor, he has always had a deep respect and admiration for the deep blue sea. After having spent the majority of his life sailing professionally and recreationally, he chose to devote himself to the study of marine ecosystems, ocean biogeochemistry and the micro- (and macro-) scopic marine processes that allow for life on Earth to exist as we know it, in order to better understand and protect this Big Blue Planet.

Paulina Azzu  is pursuing a BA (Expected 2025) in Marine Science from Boston University and is a first-year intern at the Fulweiler Lab. Paulina spent much of her high school years choosing to take STEM-related courses including Environmental Science, Marine Biology, and Freshwater Ecology. She also spent a week at the Island School in Eleuthera Bahamas with nine other classmates and her Marine Biology teacher. After all these years, Paulina is especially interested in Ocean and Coral Conservation, Climate Change, and Marine Ecology.
​. ​ 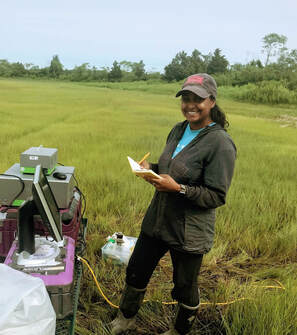 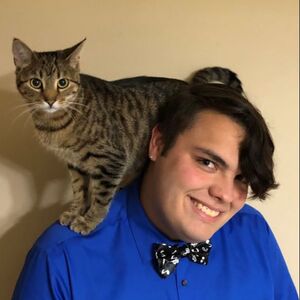 Brenden Blakley is a 3rd Year Undergraduate, pursuing a B.A. in Marine Science. He grew up in a small town in Kansas. He chose to study marine science in order to help protect the ocean and the life it harbors. He hopes to eventually figure out what career he wants to pursue in order to obtain that goal. This summer he is funded by the BU Undergraduate research opportunity program to study the Si cycle in macroalgae.

Adam Crawford is a third year undergraduate student at Boston University pursuing a B.A. in Marine Science and is a first year intern at the Fulweiler Lab. He grew up in Ledyard, Connecticut close to the coast and was always hiking and fishing. His environment impacted his perspective on the world and how it operates. He is a passionate diver and marine environmentalist wanting to pursue an eventual career in shark and coral reef research and how those two link to their respective conservation. Outside of the lab you can find him competing for Boston University’s Division I Track and Field team throwing Javelin or you can find him exploring and looking for new adventures. Adam hopes to also pursue a B.S.E. at University of South Florida and start a career in marine engineering with a focus on conservation efforts.

Emily Chua graduated from Dalhousie University (Halifax, Nova Scotia) in 2015 where she obtained her B.Sc. Combined Honours in Physics and Oceanography.   Throughout her undergraduate degree she pursued a variety of research interests, including a DAAD Research Internship in Science and Engineering (RISE) Scholarship at the University of Konstanz, Germany where she investigated charge transport in hybrid solar cells.  In 2014, she was a Summer Student Fellow at Woods Hole Oceanographic Institution (WHOI) in the Applied Ocean Physics and Engineering department.  Her WHOI project involved developing a membrane inlet system to be integrated with an underwater mass spectrometer (UMS) for biogeochemical measurements in the deep sea.  This summer research piqued her interest in the area of applied ocean science and underwater instrumentation.  Her dissertation research is focused on developing and deploying underwater mass spectrometery to quantify biogeochemical fluxes in permeable sediments. Emily is funded through Fulbright, NSERC, and NSF.

Hannah Ferguson  is a third year undergraduate student majoring in marine science with a minor in biology on a pre-veterinary track in the College of Arts and Sciences. She grew up in Johns Creek, Georgia and used to volunteer in guest services at the Georgia Aquarium. She hopes to one day be able to practice as an aquatic veterinarian. She is passionate about sustainability and marine conservation and hopes to gain a better understanding of the effects of climate change and pollution on marine and aquatic biogeochemical systems. 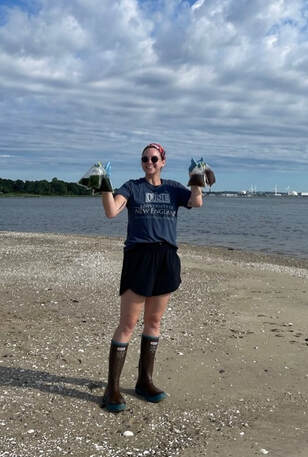 ​Alex Geisser received her B.S in Marine Science with a minor in Environmental Science from the University of New England in 2020. Throughout her undergraduate degree, she conducted research on the bioremediation potential of kelp in the Gulf of Maine. Since graduation, she has been a field technician for Rhode Island Marine Fisheries. Alex’s passion for studying anthropogenic impacts on the ocean led her to the discipline of biogeochemistry and the Fulweiler lab. Her dissertation research will focus on the roles of macroalgae, environmental characteristics, and climate change in altering the abundance of pathogenic Vibrio sp. in coastal ecosystems. When not in the lab, you can usually find Alex underwater scuba diving, or on the top of a mountain hiking. 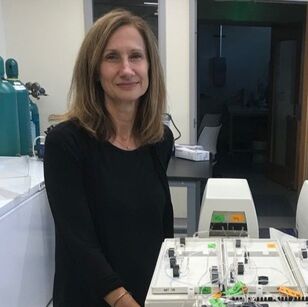 ​Melissa Ederington Hagy received a B.S. in Biology from the University of Arkansas at Little Rock and a M.S.  in Marine Science from the University of Maryland College Park. Her graduate research at the Chesapeake Biological Laboratory focused on the transfer of biomarkers in a marine food web. Upon graduation, she worked at the Virginia Institute of Marine Science where she was involved in research using biomarkers as indicators of organic matter in the Sacramento-San Joaquin River Delta. Most recently she was a research associate at the University of West Florida where she participated in projects measuring polycyclic aromatic hydrocarbons related to the Deepwater Horizon oil spill in the Gulf of Mexico. Melissa has extensive experience with a variety of analytical instruments such as Nutrient AutoAnalyzer, GC, GC/MS, and HPLC. 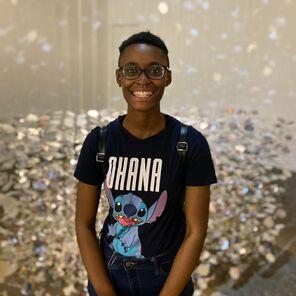 Lydia Jefferson holds a BS degree in Environmental Sciences-Water from the University of Missouri-Columbia. Prior to their graduate studies, they focused on land use's impacts on respiration rates in urban streams. At BU, they are interested in studying the intersectionality between urban and coastal water quality and environmental injustice. Outside of the lab, Lydia enjoys spending time with loved ones and eating Thai food. 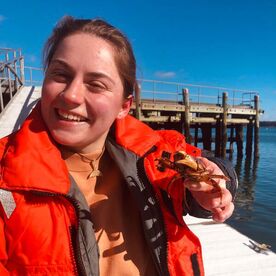 ​Cat Mahoney graduated from Maine Maritime Academy in 2021 with a B.S. in Oceanography. During her time at MMA, she completed a Research Experience for Undergraduates (REU) at the Bigelow Laboratory for Ocean Sciences, investigating alternative phosphorus sources for open ocean phytoplankton. She was also a recipient of the NOAA Ernest F. Hollings scholarship and was a data analytics intern for the NOAA Pacific Marine Environmental Laboratory, researching methane sources in Puget Sound. Cat is passionate about coastal and marine environments and loves to spend her days out on the ocean. She will be joining the Fulweiler lab as part of the Rhode Island Sea Grant funded N-fixation project in Narragansett Bay.

Claudia Mazur graduated from Mount Holyoke College in 2016 with a B.A. in Geology and a minor in Coastal and Marine Sciences. As a Ph.D. student in the Fulweiler Lab, Claudia is focused on improving our understanding and forecasting of coastal water quality. She is studying how changes in water column oxygen and pH, largely due to eutrophication and warming temperatures, might alter nutrient cycling pathways in coastal systems. She is also interested in understanding the environmental conditions that drive nitrogen cycling and removal in coastal sediments. Outside the lab, Claudia is dedicated to supporting and promoting the visibility of diverse graduate students as co-founder of the Boston University Chapter of the Society of Women in Marine Science and as the Student Representative for the New England Estuarine Research Society. You can learn more about Claudia’s adventures by checking out her website: www.claudiaimazur.weebly.com and following her on twitter @cmazur_rocks. 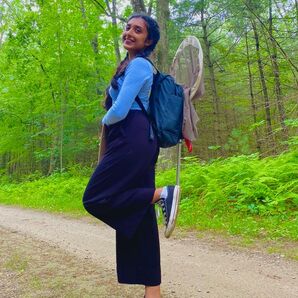 Musfika Mishi is a third year undergraduate student studying biology with a concentration in Cellular, Molecular and Genetics. Growing in Bangladesh and NYC, she was frequently exposed to the effects of climate change in the form of water pollution, hurricanes, and constant flooding, leading to her growing interest in ecology and environmental sciences. Outside of the lab, you can find her trying new cuisines, hanging out with friends and reading. Musfika hopes to pursue an MS in Ecology and possibly attend medical school afterwards. 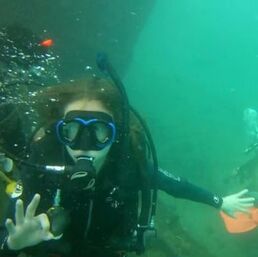 Eva Romero is a first year undergraduate student pursuing a B.A. in Marine Science and Computer Science at Boston University. In 2019, Eva spent three weeks at the University of Miami taking college classes about sharks behavior and marine mammalogy as well as tagging sharks with Dr. Neil Hammerschlag. She then volunteered at the Georgia Aquarium for the last two years of her high school career before joining the BU Marine Program. Eva is now working on programming carbon sensors with Dr. Vieillard in the Fulweiler Lab and hopes to continue integrating computer science into marine research.

Amanda Vieillard is a marine biogeochemist with over 10 years of experience working in marine and aquatic systems from Alaska to New Zealand.  A Fulweiler Lab alum, she has a Bachelor’s in Environmental Science and a Master’s in Earth Science from BU, a Master’s in Oceanography from the University of Connecticut, and recently completed her PhD in Marine Science at the University of Auckland, New Zealand.  Her dissertation research investigated the intersection of biogeochemistry and ecology in estuarine systems, and focused on the impacts of multiple anthropogenic stressors including terrestrial sediment loading as well as nutrient and microplastic pollution.  In addition to research, Amanda is passionate about outreach, science communication, and making science more accessible to all.  This time around Amanda has joined the team as a postdoctoral associate for the NSF funded CoPE project. She will be helping to develop new sensors for quantifying coastal blue carbon. She will also be working on the the RI Sea Grant funded N-Fixation project in Narragansett Bay. She’s so pleased to be re-joining the Fulweiler Lab team!