So much news to report! We're going to use bullets:
And that's not all... 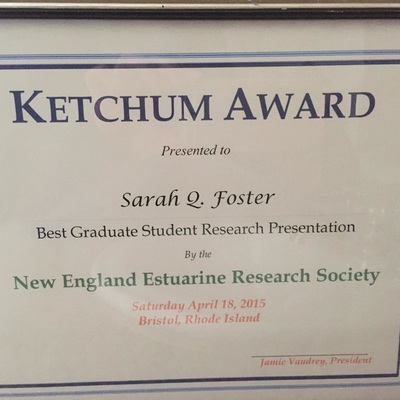 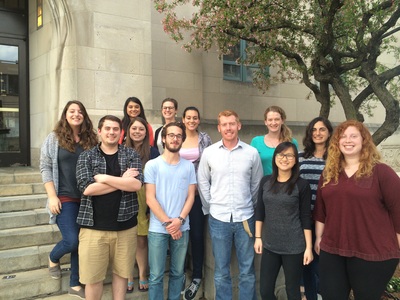 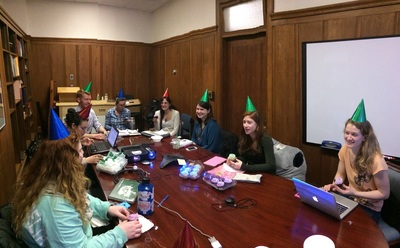 We published several new papers at the end of 2014. Be sure to check out:
Foster and Fulweiler's paper on Nitrogen Cycling in Waquoit Bay - here we examine long-term changes in benthic nutrient cycling. We found similar changes over the last three decades as has been observed in nearby Narragansett Bay.

We took to the woods to examine the potential impacts of elevated CO2 on the Terrestrial Silica Pump in a recent Frontiers paper. Here we discuss how changes on land could have important and thus far unexplored impacts to Si availability in downstream receiving waters.

Holly Emery and Tim Maguire presented their research at the BU Biogeosciences Research Symposium. The event was a first for the program and a great success overall.

We welcome a new postdoctoral associate to the lab, Dr. Priya Chowdhury. Priya has been busy processing samples and applying for funding!

We are looking for a new Ph.D. student. Check out the description here. And contact Wally Fulweiler if you are interested. 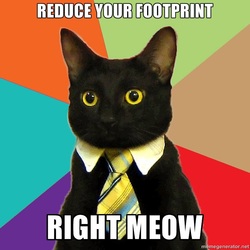 4. Wally Fulweiler was awarded tenure and is now officially an Associate Professor!

The Fulweiler Lab welcomed a bunch of new lab volunteers. Check out our people page to see who!

Wally was also awarded the Cronin Award for "the significant accomplishments of an estuarine scientist who is in the early stages of his/her career development." 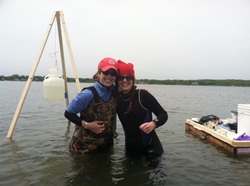 Hollie was awarded the Nickerson Fellowship! She will be working on climate change impacts on New England salt marshes - way to go Hollie!!!

Sarah Foster is currently in Hawaii participating in the CMORE class. Check out her blog. 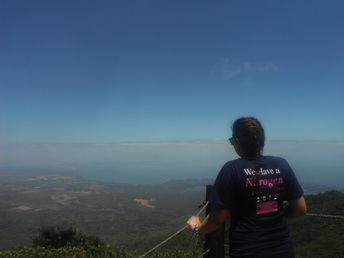 Sarah Donovan taking in the view of Grenada, Nicaragua.
Lots of news to report!

Sarabeth Buckley will be joining the Fulweiler lab for her Ph.D. starting this fall.

Joanna Carey is officially a Ph.D.! Dr. Carey is now an ORISE Fellow at EPA in RI.

Lindsey Fields defends her Ph.D. on May 1st and then is headed to University of Georgia for postdoctoral work with Dr. Mandy Joye.

Mary Kate Rogener is headed to the University of Georgia for her Ph.D. She'll be working with Dr. Mandy Joye. And she just received a Scholar of Excellence Fellowship for her first year.

Amanda Vieillard defends her MS on May 3rd. Then she is headed to the University of Connecticut - Avery Point for her Ph.D. and she will be working with Dr. Craig Tobias.

Kristin Yoshimura was awarded a UROP to work on methane cycling in salt marshes this summer.

Happiest photo of the summer! 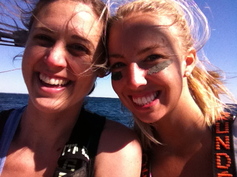 Boats and Biogeochemistry  - the best combination.

Jo Carey just got another manuscript accepted in Biogeochemistry. This paper is entitled, "Watershed Land Use Alters Riverine Silica Cycling" - look for it soon!

Elise Heiss's undergraduate research was just published in Marine Chemistry. The paper is called: "The effects of dissolved organic matter on alkyl nitrate production during GOMECC and laboratory studies," and is co-authored by
Elizabeth Dahl and Kevin Murawski from Loyola College.

Jo Carey and Amanda Vieillard will both be presenting at the CERF fall meeting in Mar Del Plata, Argentina.

Wally Fulweiler was elected to the board of ASLO as Member-at-Large!

Mary Kate Rogener was awarded a UROP for the summer and also won the Lara Vincent Award for excellence in research during the BUMP Marine Semester.

Wally Fulweiler was awarded a Sloan Research Fellowship for 2012-2014. This is the first year the Sloan Fellowship has given awards in the field of Ocean Sciences.

Jo Carey just had her first manuscript accepted in Biogeochemistry and Amanda Vieillard had her her first paper accepted in Estuarine, Coastal Shelf Science. Congratulations Jo and Amanda!

Ken Czapla is joining the lab as the new Research Associate.

Elise Heiss presented a poster on her offshore denitrification work at the 2011 Graduate Climate Conference in Woods Hole, MA.

Julia Luthringer is headed to Louisiana this summer for an REU at LUMCON...and she was just awarded an Ernest F. Hollings Scholarship from NOAA. Go Julia! 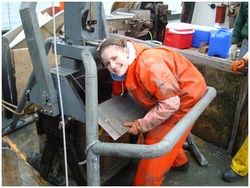 Elise will be measuring water column nitrification off the coast of southern Rhode Island. In addition to field observations she will also be experimentally testing the impact of ocean acidification on nitrification rates. Stay tuned for a new link on this website where you can follow her work. Congratulations Elise!! 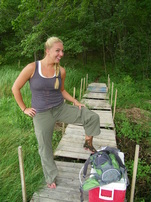